A retrospective cohort study of important musculoskeletal conditions of Thoroughbred racehorses was conducted using health records generated over a 15 year period (n = 5062, 1296 sires). The prevalence of each condition in the study population was: fracture, 13%; osteoarthritis, 10%; suspensory ligament injury, 10%; and tendon injury, 19%. Linear and logistic sire and animal regression models were built to describe the binary occurrence of these musculoskeletal conditions, and to evaluate the significance of possible environmental risk factors. The heritability of each condition was estimated using residual maximum likelihood (REML). Bivariate mixed models were used to generate estimates of genetic correlations between each pair of conditions. Heritability estimates of fracture, osteoarthritis, suspensory ligament and tendon injury were small to moderate (range: 0.01–0.20). Fracture was found to be positively genetically correlated with both osteoarthritis and suspensory ligament injury. These results suggest that there is a significant genetic component involved in the risk of the studied conditions. Due to positive genetic correlations, a reduction in prevalence of one of the correlated conditions may effect a reduction in risk of the other condition.

Musculoskeletal conditions and injuries (MSC) are commonly encountered in Thoroughbred racehorses worldwide. Their prevalence tends to exceed that of cardiac problems and epistaxis, which contribute significantly to the burden of health problems for Thoroughbred racehorses (Williams et al., 2001). The frequency and severity of MSC create a substantial financial burden for the racing industry, compromise equine welfare and create negative publicity for the sport. Many previous studies have attempted to identify risk factors for MSC in racehorses (see, for example, Stephen et al., 2003; Ely et al., 2004; Parkin et al., 2004a; Pinchbeck et al., 2004; Jacklin and Wright, 2012). These studies varied in many ways, including case definition, identity of the target population, and whether diagnoses were made in racing and/or training. Due to differences in the spectra of risk factor associations, and in the populations to which those findings can be extrapolated, robust advice for stakeholders on the avoidance of risk of MSC has not been forthcoming. Few previous studies have attempted to identify a significant role for genetic risk in the development of these conditions, and have focused Warmblood breeds rather than Thoroughbreds (Pieramati et al., 2003; Oki et al., 2008; Jonsson et al., 2011). The identification of a significant genetic component to disease aetiology could be exploited as a basis for controlling risk in conjunction with the modification of environmental factors. The ultimate goal in this pursuit is to minimise individual and population risks through the prudent use of both environmental and genetic disease information. In this study, we estimated the heritability of a number of important MSC in racing Thoroughbreds in Hong Kong, to provide a benchmark for subsequent genetic analyses. Materials and methods Data The data used in this study were provided by the Hong Kong Jockey Club (HKJC). All Thoroughbred racehorses in Hong Kong are owned by HKJC, and are housed together at Sha Tin Racecourse in the New Territories, and managed as a unit. As there are no racehorse breeding facilities in Hong Kong, all HKJC Thoroughbreds are imported. All racing is on two flat courses, Happy Valley in Hong Kong city and at Sha Tin. Racing surfaces are composed of all-weather ‘dirt’ or sand based turf. The HKJC employs a team of full-time veterinarians who are responsible for the clinical care of all horses. Compulsory retirement is enforced for horses that reach 10 years old, have two or more officially recorded episodes of exercise-induced 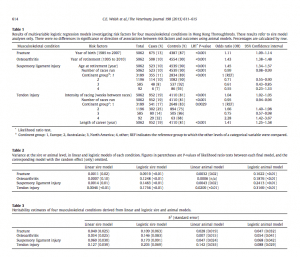 2009; Jonsson et al., 2011). OCD is known to be a risk factor for osteoarthritis, although due to the nature of the veterinary records in this study it was not possible to investigate OCD heritability specifically. The estimate of heritability of tendon injury was found to be large for a binary trait (0.09–0.20), which is similar to an estimate of the heritability of superficial digital flexor tendon (SDFT) injury found using a Bayesian modelling approach in a Japanese racing cohort by Oki et al. (2008). It is likely that the great majority of tendon injuries in this study involved the SDFT. However, records often omitted this level of detail, so it is difficult to compare tendon injury heritability directly from this study with SDFT injury heritability. The magnitude of heritability estimates reported here suggest that progress to reduce disease incidence in this population could be made through targeted breeding strategies based on selection for estimated breeding values for each condition. Signifi- cant positive genetic correlations between fracture, osteoarthritis and suspensory ligament injury suggest that efforts could be focused upon whichever of these conditions is most easily phenotyped, and progress in the reduction of genetic risk of the correlated condition might occur concurrently. Sire models account for the non-independence of individuals in the pedigree through generating half-sibling groups. These models assume founders are unrelated, and that mating occurs at random. Both of these assumptions may be incorrect in the Thoroughbred population. However, sire models have proven useful in situations in which there was thought to be negligible variance attributable to grouping by a common dam, in which pedigree information suffered from a large proportion of missing information beyond the parent level, in which computational difficulties preclude use of animal models, or in which there are few records per individual (Matos et al., 1997; Stock and Distl, 2006; Gilmour et al., 2009; BHA, 2012). Animal models, in comparison, take into account all types of relationship between individuals, are computationally more intensive, and can suffer from sparse information per individual. As a consequence, animal models will frequently not converge, whereas the equivalent sire model will produce a statistically stable model. Both types of model were included here for comparison. The majority of heritability estimates using sire models exceeded those from animal models, which is likely to reflect the data structure, where sires are unequally represented in terms of number of offspring (Matos et al., 1997; Weideman et al., 2004; Stock and Distl, 2006). Binary data can be modelled with a linear mixed model approach, but may suffer from a loss of precision if the observed 0/ 1 scale is used. To avoid this loss of precision, logistic regression can be used, with which the linear function of the explanatory variables is related to the mean of the probability distribution of the response variable by a link function derived from the probability of the condition in the population (Matos et al., 1997; van Grevenhof et al., 2009; Vazquez et al., 2009; Lewis et al., 2011). In almost all cases, logistic heritability estimates exceeded their linear model equivalents, suggesting that the nature of the conditions studied would be better represented by a continuous or polychotomous scale of measurement. However, it is worth noting that all estimates of heritability within each trait, with the possible exception of logistic sire model estimates, were not significantly different from each other. Conclusions This study has found that the risks of fracture, osteoarthritis, suspensory ligament injury and tendon injury have significant heritable components in this Hong Kong study population, which suggests that selective breeding approaches may be successful in reducing genetic risk in future. The data generated will also serve as a benchmark for future studies, and could be used as a comparator to studies aimed at estimating the heritability of disease-associated markers in different racing jurisdictions or Thoroughbred populations. Conflict of interest statement None of the authors of this paper has a financial or personal relationship with other people or organisations that could inappropriately influence or bias the content of the paper. Acknowledgements The authors are grateful to the Hong Kong Jockey Club for supplying the data used for this study, and in particular to the Department of Veterinary Clinical Sciences. This work was supported by the Biotechnology and Biological Sciences Research Council (grant number BB/F016786/1). The data used in this study are the property of the Hong Kong Jockey Club. 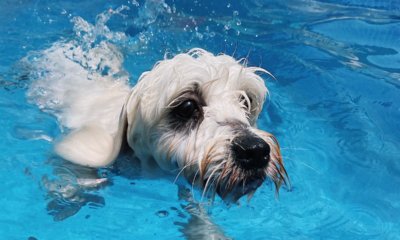 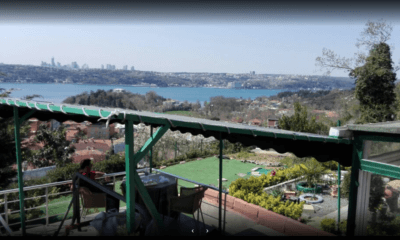